The Power of the Millennials 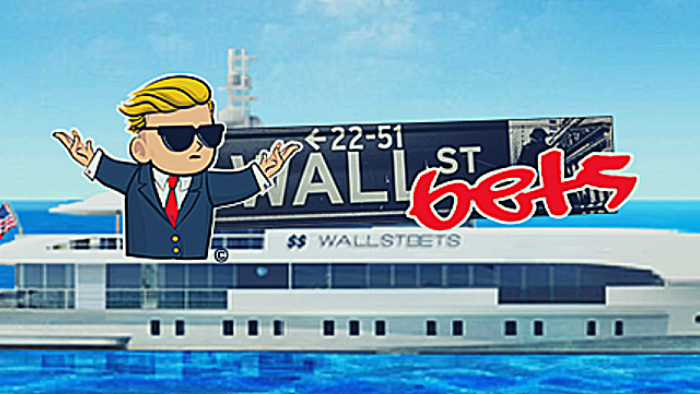 It seems that every few months we get a lesson in the disruptive power of social networks. In January the retail trading platform Robinhood and subreddit WallStreetBets demonstrated that by together skyrocketing the value of stock options for Gamestop, AMC and Blackberry. They’ve shown that – for better or worse – a generation of Millennials is flexing its power.

Every generation shares an attitude towards life. Boomers grew up during a time of economic prosperity where hard work and loyalty assured them a solid footing in the middle class. But their relevancy is declining. The last of the Boomer generation is retiring soon – and Covid has accelerated rates of retirement. Compared to Boomers, Millennials share a darker, almost nihilistic worldview. They’ve lived through multiple recessions and so see themselves as outsiders against Wall Street and economic forces. Bearish about their economic future, they tend to feel frustrated and powerless when comparing themselves with their parents.

Perhaps it was only a matter of time before we saw this frustration play out online in the Gamestop brouhaha. Social media activity – frenzy is not too strong a word – caused the stock, which was trading at under $14 a share in early December, to soar, taking down short sellers like Melvin Capital. The stock peaked at $483 on January 27th. It might have continued to climb had Robinhood not restricted transactions the following day. Traditional institutions condemned their activity as market manipulation, but Robinhood and Reddit users suggested it was no different from what large-scale investors do.

To me, the bigger question is why so many people are willing to trust comments and memes created by unknown entities on a social media platform over conventional investing advice. One way to understand this is through the lens of the digital experiences served by Robinhood and WallStreetBets, which reward users for risky behavior.

By offering commission-free trades and fractional share purchases, the Robinhood app is designed to make it easy for newbies to jump right into investing from the convenience of a cell phone. It brings excitement and a sense of immediacy to the investment process, one that is traditionally a series of slow, cumulative actions. Users can be connected all the time to see changes in the value of their holdings. It’s an experience designed for Millennials, digital-first consumers who are online all the time.

Robinhood’s counterpart, the subreddit WallStreetBets, has developed into an online community for this generation of novice traders. Robinhood users often post their purchases and sales on WallStreetBets, similar to selfies or humblebrags shared on other social media platforms. Another popular Robinhood-like trading app, eToro, even features “copy trading” functionality – sort of like Amazon recommendations for choosing stocks, or a videogame leaderboard. It has the dual effect of making trading decisions as simple as a single click, and making celebrities of users who are featured as “Popular Investors” on the app.

Many Robinhood investors are chasing a one-time chance to hit it big, like Eddie Choi who turned $766 into $107,758 in two trades. But despite this drama playing out over stock trading, it is not all about money. Millennials have less household income than Boomers had at the same age. For those who have a college degree has come higher levels of education debt that prevent them from accumulating wealth to the degree Boomers did. Many millennials looked at purchasing Gamestop shares as a form of economic protest, an online version of 2011’s Occupy Wall Street movement. And in that they appear to have been successful.

But the use of apps like Robinhood, that are created to gamify or produce dopamine-fueled rewards, has real dangers. Making financial transactions as simple as a click in an online game means that users are gambling – and losing – their life savings in a virtual Vegas. Many were not aware that Robinhood was making money from their activity on the app. Are they demonstrating power and making a point about the economy? Yes. But ultimately, their motivations may not be worth the risks and self-destructive outcomes. Either way, we’re at a point where our government and businesses need to realize that millennials hold real power and are helping to shape the future.